Nine warriors from across the galaxy have been abducted, cloned, and forced to fight in an endless series of deadly arena battles.

These hunters have become, The Hunted.


I am extremely happy to announce that our next release is a multiplayer shooter named, The Hunted.
Work on the Hunted began more than a year ago when we challenged ourselves to make multiplayer a shooter work on a touchscreen device. My goal has been to recapture the awesome deathmatch experiences I had with my friends playing Quake, waaay back in the day, and bring it to a new platform and a whole new generation of players. With The Hunted, I think we've done it. 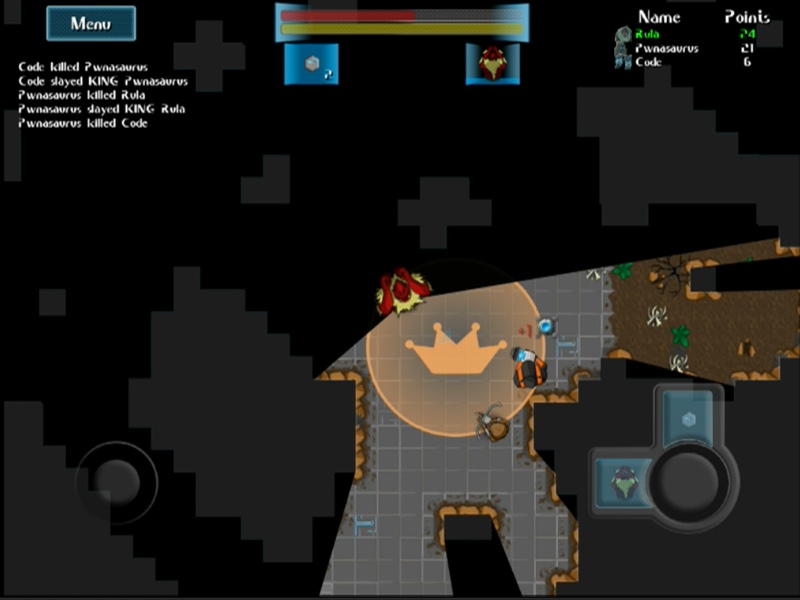 The biggest challenge to overcome was obviously the controls. While there are plenty of multiplayer first-person shooters on iOS none of them really control all that well, and it really compromises the experience. A game type that does control really well on touch screens is the top-down 'dual-stick' shooter. The only problem with top-down shooters is that you have a perfect view of the battlefield. No one can sneak up behind you and take you out with a melee attack, or duck behind a wall and make you wonder where they are going to pop up next. We knew that if we really wanted to deliver an awesome deathmatch experience we were going to have to find a way to make you feel like you were still a character in that world looking down the barrel of your gun. 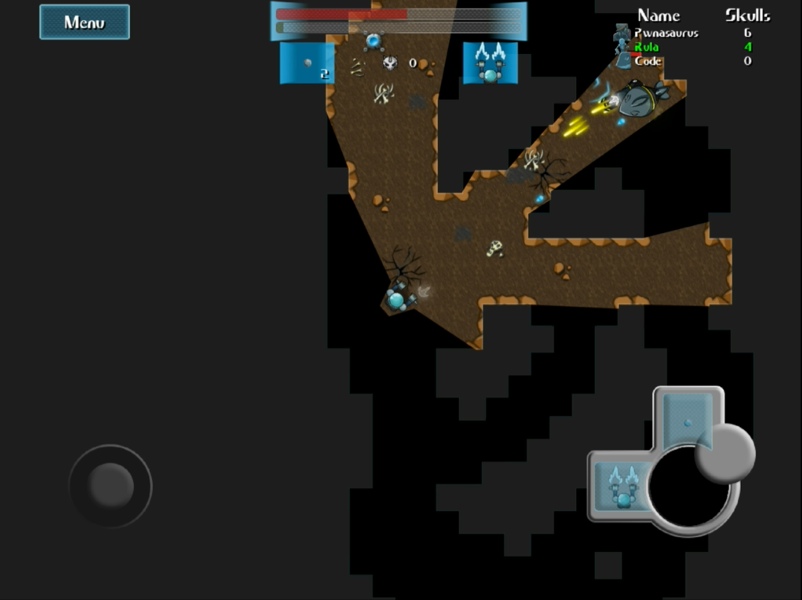 Thanks to the awesome coding skill of our team we were able to do just that. We've combined a limited field of view, like the view you get in an FPS, with the top-down dual stick shooter controls that work so well on mobile and we've made the best mobile deathmatch experience you've ever seen. It's fast, it's fun, and it's coming to your iPhone and iPad very soon! 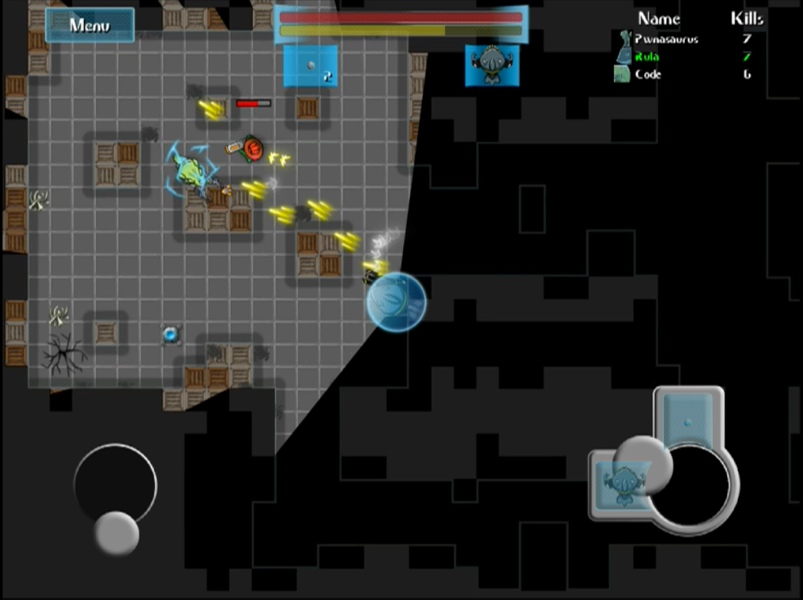 Keep an eye on our twitter feed and here on the blog over the next few weeks as we share info on the 9 unique character classes you can choose from, all the different game modes, and show off tons of new gameplay footage and images from the game.

Please help us to spread the word, real Deathmatch is finally coming to mobile!