It has been a slow year for game development here at F5, other projects have taken much of my time and left very little to devote to new games. While I have a couple concepts in the prototyping stage, which I'll try to write about in the future, we don't have any new releases on the horizon. However, I do want to continue to improve my skills and I decided that a fun way to do that could be to use Mario Maker as a game design learning experience. From that idea I have created the 'Mario Maker Challenge'; and it goes a little something like this. 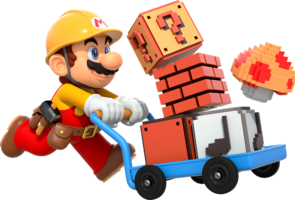 What is the purpose of this challenge?

My hope for this challenge is that I will be able to greatly improve my level design abilities by consistently releasing new levels and then allowing the response from the Mario Maker community to guide my hand in future levels. There is a saying in the Game Development community that 'Your first 10 games will be awful', and I think it's pretty true. While I don't feel that all of our previous games have been awful there are definitely a lot of things that I would have done differently if I could go back and do it again. There is nothing wrong with that, this is a learning process just like any other, and I'm not embarrassed by any of the work that we have done. However, through this challenge I hope to make some of those level design mistakes quickly and out in the open so that I can get immediate feedback. With the final goal that when our next game is released the level design will be vastly better than it would have been otherwise. 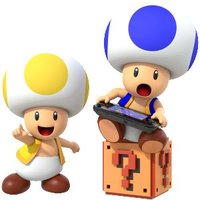 If my goal is to quickly create games and learn from the experience there are other ways to go about it. I could actually create very small and quick games that I launch on this website, or Pico-8, or even on the app store, why use Mario Maker?

After reading this post about the Lessons of Game Design learned from Mario Maker I realized that Mario Maker is set up to be a great level design 'classroom' for a few reasons. The first is because you can design and develop a level very quickly, which is what makes a weekly challenge possible. With the time I have available there is no way I could great a new game start to finish each week, which would mean that the number of times I go through the whole design, prototype, polish process would be greatly reduced and I wouldn't learn as much.

Another main reason for choosing Mario Maker is because of the community that already exists to play and rate levels. By creating levels for Mario Maker I can upload them and know that dozens or hundreds of people will play them and offer feedback in one form or another. If I was trying to release new games every week and get the same effect I would probably spend as much time 'marketing' my learning experiments as I did developing them. While that would also be a highly valuable learning lesson, it probably deserves a 'Challenge' all it's own.

So that is my thought process. Use Mario Maker as a tool to improve my game development skills while I'm in-between game development projects. I have actually already uploaded the first level for the challenge and I'll write a review post for it on Friday. I hope you'll check back each week and come on this game development journey with me. Thanks for reading!